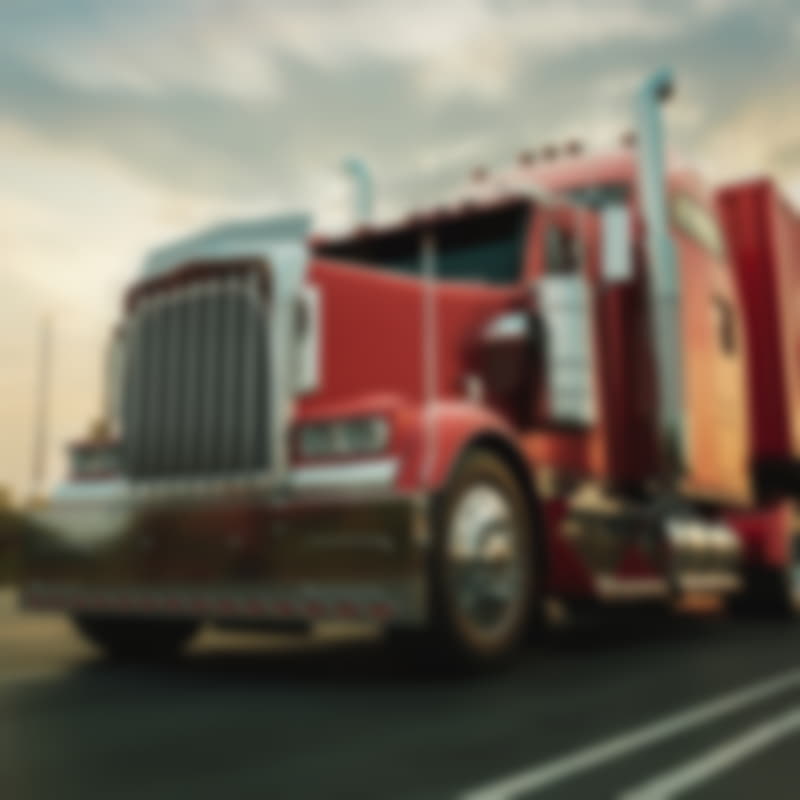 Top 10 Movies for Truck Drivers to Watch After Long Day

As a professional truck drivers, you’ll eventually have to spend a few days on the road, so it’s good to be stocked up on entertainment, like movies. With the availability of smartphones, tablets, laptops, e-readers, and various streaming services, it’s become much easier to indulge in your favorite movies and TV shows on the go. Although the internet offers basically endless amounts of articles, books, shows, and plenty of other forms of entertainment, there’s nothing like watching a good movie before bed. So, we decided to help and offer our choice of top 10 must-watch movies for truck drivers.

Steven Spielberg’s debut directorial (first time as a director in a complete movie) Duel, was about an unending battle between a motorist and a crazy truck driver. It was a television movie. Spielberg’s next movie was “Jaws”.

Lovers of sci-fi, this ones for you. The action-packed horror, written and directed by Stephen King, will surely put you on an emotional rollercoaster.

As Earth passes through the tail of a rogue comet, machines all over the world start coming to life; as if that weren’t scary enough, the machines start turning against their makers in a gruesome rebellion. At the Dixie Boy truck stop, a group of people is trying to come to terms with the fact that every machine in their lives is trying to kill them, when they notice that the trucks parked at the stop started up on their own and began circling the truck stop, preventing anyone from leaving.

Realizing that they have to act fast, an ex-con Bill Robinson takes it upon himself to save everyone he can and head to safety. Unfortunately, his task becomes even more demanding once a mobile platform with machine guns mounted on it orders humans to pump gas for the trucks. As if that wasn’t traumatic enough, there is much more to the mysterious rogue comet and its incredible, although deadly, powers that people are yet to learn about.

Filmmakers Doug Pray and Brad Blondheim criss-crossed the U.S. with professional truck drivers in order to better understand the lifestyle of the people who basically make life as we know it possible. After finding their interview subject at a truck stop, the pair would set off with the driver and document all the weird, unexpected, scary, and heartwarming events during the long haul. In total, the filmmakers traveled 21,000 miles and drove through 45 states in order to gain a better understanding of the everyday lives of professional truck drivers in the U.S.

Mel Gibson is once more a warrior on the road in the great Australian outback, but this time he replaced his famous V8 Interceptor with the Mack R-600 Coolpower. The Road Warrior, a sequel to the iconic Mad Max movie, focuses on former Australian policeman Max Rockatansky’s fight against a band of savage motorcyclists who want to plunder and pillage an old refinery, and take all the gasoline for themselves. The old refinery is now a home for a community of people struggling to survive, and once Max stumbles upon it, he agrees to help transport their gasoline supply across the highway.

Led by The Humangus and his most ruthless warrior Wez, the motorcyclists focus on capturing Max, stealing the gasoline he was transporting, and using it for their own sinister plans.

When an aspiring Texan politician is in dire need of enough Coors beer (which at that time couldn’t legally be transported across the Mississippi) for a rally in Georgia, he has to turn to a contemporary moonshiner Bo Darville (the Bandit) for help. The Bandit enlists the help of his friend who has an eighteen-wheeler, to help them transport the beer. The plan involved them  driving from Georgia to Texas, picking up the 400 crates of beer, and driving back to Georgia, in a span of 28 hours. Their trip to Texas was successful, however their return home is laced with troubles, and it all starts with a runaway bride.

A humble truck driver Lincoln Hawk, played by Sylvester Stallone, gets a chance to finally see his estranged son, after Lincoln’s ex-wife falls ill and can’t pick up their son from military school. Lincoln soon realizes that reconciling with his estranged son is no easy task, and decides to take drastic measures. In order to rebuild his life and the relationship with his son, Lincoln decides to enter an arm-wrestling championship, in hopes of winning the grand prize – $100,000 and an expensive custom semi-truck, which would help him start his own trucking company.

When the going gets tough, the tough get some hijacked cattle and they get going! The legendary James Brolin plays an independent truck driver who is way down on his luck. Troubled by financial difficulties and the possibility of losing not only his rig but his wife as well, the Steel Cowboy resorts to transporting stolen cattle in the hopes of making some, what he thought would be easy, money.

Apart from the awesome 70s action, the movie is graced with a truly memorable musical score.

If you enjoy seeing justice being served, this movie should appear on your must-watch list immediately. With the invincible Chuck Norris as the main character (called J.D.), you can be sure the bad guys get it in the end.

When J.D. returns from the road, he learns exactly how corrupt the system is when he finds out that two policemen have a tendency to trap truck drivers for a corrupt judge. Once his brother starts working as a truck driver, J.D. warns him about the judge and the police officers; however, they still managed to capture him, leaving J.D. no choice but to set out in search of his younger brother. What ensues is a thrilling but heartwarming story about an older brother doing everything he can to save his little brother, and in the end, serve some well-deserved justice.

C.J. Hummer is a decorated and decommissioned military officer who served in the U.S. Air Force, and who is now trying to become an independent truck driver in order to support his wife and future family. After getting a loan from a bank to buy his own truck, C.J. hopes his dad’s old buddies can help him find work. One of the people who offer help is Duane Haller, however once C.J. found out he was supposed to transport illegal cargo, Duane threatened to blackball C.J, meaning he would stop getting any work. With this threat, C.J. starts to realize exactly how corrupt the trucking business is, as well as that it’s basically controlled by organized crime, and he eventually becomes the voice of all independent truck drivers. However, this vigilante status came at a price, but we can’t give away everything, can we?

Did you know that only about 6% of professional truck drivers are women? Well, these two ladies and their adventures are bound to inspire more women to join the trucking force!

After a truck driver, Jack De Larosa, gets shot, his wife, aka Sweetiepie, decides she’s going to get his truck back from California, and make enough money to make the back payments so that the repo man would stop coming after them. Not knowing the first thing about driving a truck, she enlists the help of the rough and tough Annie Potts, known as Flatbed Annie, and together they set out for California. As if life wasn’t complicated enough already, the two ladies have two thugs hot on their tail, who are trying to get the truck in order to retrieve the drugs hidden in it. Trust us, this movie deserves to be on your watchlist for your next long haul.

This movie is a testament to what can be done once people unite against evil.

While driving through the Arizona desert, three truck drivers are stopped by a corrupt Sheriff, who tries to extort money from them. This meeting soon turns into a violent one, when the Sheriff decides to arrest one of the drivers who only want to get home as soon as possible because his wife is about to give birth.

Once other fellow truck drivers hear about the incident, they help form a convoy and hold a protest, which eventually turned into an interstate chase.

We like to regard our company as a family business because this is what we are: taking care of and supporting our people. We like to think that great results and excellence are the products of team spirit, tight cooperation, and straightforward communication. Therefore, we do care about every single member of our team, since the team goal is the goal of all its members individually.